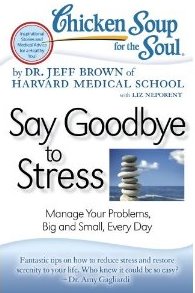 Personally, the writing world has brought me into contact with folks I would have never met otherwise and I enjoy sharing my knowledge with others who want to get published.

In the States, I would speak at writer's conferences on how to get published in a Chicken Soup book, which is one of the credits you want on your writing resume. The vetting process is rigid and each story must receive 10 across the board by a selected group of 40 readers before it makes it to the final 101 stories. Sometimes, depending on the compilation, they may receive up to 10,000 submissions. I enjoy writing Chicken Soup stories and "yes" there is a formula which I have willing shared with those who are interested.

Once in a while someone will tell me a "story" and I'll blurt out, "That would make a great Chicken Soup story!" Last year, one of the expats asked if I would read her submission and critique it, so I did. When she sent me the final edit, I told her to leave it alone and don't touch it. If you mess with a story too much and edit it more than three times, it loses its soulful flavor and it ends up less than "salty"! So she took my advice and left it alone and "yes" it got accepted into a Chicken Soup book. I always rejoice with a writer when they get their first publishing credit; it makes my heart sing!

But there are other things in the writing world that I don't care for that much and last week was one of those "things." I got a phone call from the same expat and she blurted out, "We're writing a book like yours!"

"Oh, we downloaded your Kindle book, but we decided to call ours 'Thriving in Cuenca,''" she added. "Can you tell us how to upload it to Kindle?

This is when the writer in me becomes absolutely speechless!

Okay, so there's nothing new under the sun and usually if a book is popular, there will be similar books cropping up -- that's the writing world. If you can't get used to it then you shouldn't be a writer. Normally, this incident would have gone unnoticed, but this person called me her friend. For an entire year, I have liberally given her information about the writing world and then the ultimate betrayal.

Some have called Cuenca the "Wild, Wild West" -- anything goes! In some respects it's true; there are few rules and regulations, including no copyright laws. Some folks have started new careers, rediscovered old passions, and others have continued to do what they've done in the States with much success.

The only suggestion(s) I have for those who are interested in the writing world: be sure of your calling, read and memorize the writer's creed, and most importantly -- be honest with your readers!

Chicken Soup for the Soul: Say Goodbye to Stress: Manage Your Problems, Big and Small, Every Day

Reply finasteride over the counter
8:52 AM on September 11, 2021
Generic Viagra From Us Pharmacy

Reply how does plaquenil work for autoimmune diseases
5:07 AM on September 15, 2021
Proper Amoxicillin Dosage