Condomania and the Home Front 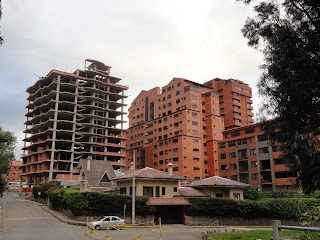 This weekend we met a delightful Ecuadorian couple who just returned to Cuenca after five years of being in the States. They said, "What happened? We hardly know our own city!"

I had to chuckle because I feel that way too sometimes. I think they were referring to the redondel which is the center of construction "paradise" right now and all the various condo complexes that keep sprouting up all over the city.

Most folks seem to think that all the new condos are due to the gringos in town. Not true. Most of the condos are occupied by Ecuadorians -- either returning from the States -- or living abroad and investing in their own country. One of the expats -- who recently moved into a new condo complex -- told me he's renting from an Ecuadorian couple and he pays $500 for a two bedroom two bath apartment. I think that's about the going rate these days. Renting a place unfurnished seems to be the way to go until supply and demand level out. 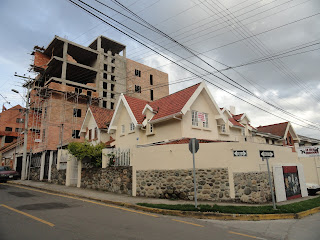 When I tell folks what we pay for rent, they gasp and say, "How did you find that?" Actually $185-$200 per month is what Ecuadorians normally pay. Although yesterday I was at the home of one of our Ecuadorian friends and she has a two-story penthouse and pays $250. It's a lovely place and has a great view of the city. The rental prices are definitely inflated and that's because more gringos are renting (than buying) and willing to pay more. Until the supply and demand ratios even out, I think you'll continue to see rental prices go up. 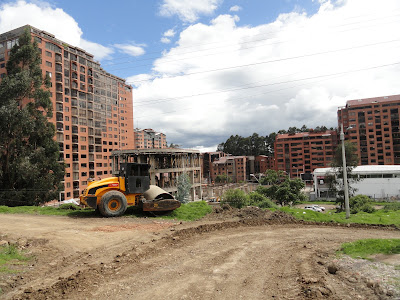 A couple of weeks ago, I talked with Michael Berger of Cuenca's Best Properties and he shared with me his thoughts and wrote a great article on the subject which I suggest you read if you're planning a move to Cuenca. 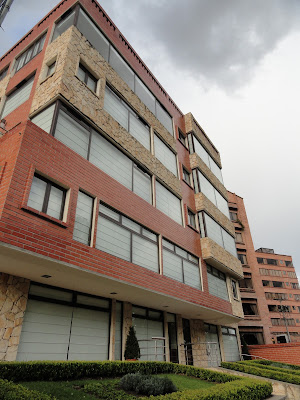 In the meantime, we're back to school as students of Spanish (Intermediate/Advanced Level) and we're both teaching this semester. Our condo is starting to look like a schoolroom with all our supplies, books and lesson plans floating around. This cycle I have the Advanced Conversational English Club and let me tell you...they keep me on my toes!  I think our brain cells have quadrupled since we moved to Cuenca. If learning a new language helps to delay dementia, I think we just might have some protection in that regard. 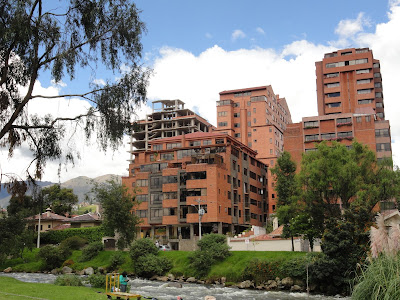 While construction goes on in Cuenca, we have another form of "construction" happening in the States. Mark's dad fell and fractured his hip and then had a heart attack. He's now in the ICU and we've been care giving from a distance. Many nights we have fallen asleep with one hand on the phone and the other on our suitcase. Mark's dad is 85 years old and was living independently until he broke his hip. Mark's sisters are visiting him every day in the hospital and they keep in contact with us daily. 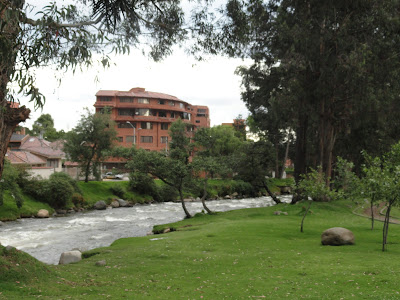 We know that many of you have been through this, but we're treading uncharted waters at this time. My parents are in their 80's, so we enjoy each day with them through e-mail, Skype or Magic Jack. The other day I talked to my dad for an hour! He said, "You kids did the right thing retiring in Cuenca because things sure are a mess here in the U.S."  Bless his heart; I never thought I'd hear him say that.

With so many things changing on the home front and Cuenca emerging into a new city, it reminds me that few things ever remain the same. That's why they call it life!